About the Shelburne Fair 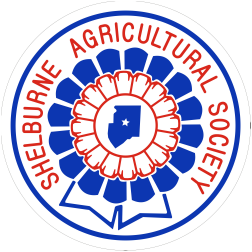 The purpose of the Shelburne District Agricultural Society is to promote the importance of agriculture generally through educational displays and competitions.

Membership is open to anyone who pays an annual membership fee and resides within 30 km. of Shelburne.

The Board of Directors consists of 18 members elected from the membership.
Secretary is appointed by the Society.
Treasurer is a paid position.

​The Shelburne District Fair is held the second weekend following Labour Day, commencing on the Friday evening and continuing through Sunday afternoon. It is not only the fall fair for the Town of Shelburne, but for the Town of Mono and the townships of Amaranth, Melancthon and Mulmur,  the fair can be accessed from William St.near the Fire Hall for pedestrians.
The Livestock entry is from Fiddlepark Lane, east of Owen Sound St. General parking is at the Centre Dufferin Recreation Complex and at Glenbrook Elementary School. 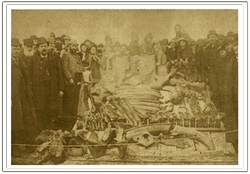 Per   “History of Shelburne” by John Rose

Since 1867 – oldest continuing organization in Town. Older than the Town itself. Shelburne wasn’t
incorporated as a village until 1879! Canada and Shelburne Fair will both celebrate 150 years in 2017.

1867 – was known as Melancthon Agricultural Society, with John Mills as President

First Fair:  October 1868 on the roadside in Masonville - one day event

October 5, Mid 1880’s – moved to George Charters’ farm , on grounds of Shelburne Turf (horse
racing) Association across the railway tracks from the railway station (not successful - 4 inches of snow

Next year – moved it to the spring

1888 Simon Jelly (William Jelly’s older brother – and the first of the Jelly family to settle in
Shelburne) gave 16 acres of his farm to the Driving Club, which is the location of the present
Fairgrounds, although it is smaller now. Contained regulation half-mile racing oval. Agricultural
Society paid $50 a year to use property at Fair time. William Jelly was President of the Ag Society at the time

1890 – Agricultural Hall built at cost of $1,100, with electric lights! Very tall building which resembled an old grain elevator. Very large, with 10-12 ft gallery around interior walls. Demolished in 1947 when the CDRC was built.

October 6-7, 1891 Fair – John Jelly displayed and demonstrated first “talking machine” (gramophone) seen around here for 10cents admission, and his second mammoth skeleton (Highgate Mastadon) which was larger than the first, but not complete.

January 1892 – Agricultural Society purchased property from the Driving Club for $1,500

2013 - Segment of property sold to allow for building of Glenbrook Elementary School.

2018 - Purchased mobility mats for the fairgrounds to ensure anyone with limitations including individuals using walkers, wheelchairs and families with strollers, can experience the whole fair